0   
By Veterans For Britain Insight 28/05/2018
It can only be assumed that DExEU’s Technical Note on External Security released on Thursday has not been understood by the Brexiters leading that government department. That is the only excuse that can be offered for Brexiter ministers pursuing a policy that is so drastically against the interests of UK defence autonomy.
We must give those ministers the benefit of the doubt, because if they *did* understand what the Technical Note means, then that would be even worse than a failure to understand.
Let us explain: Up to now, the EU has been attempting to bring the UK into its new and vast defence structures without the means to keep the UK locked into those structures after Brexit. These structures each claim a part of UK defence decision-making and together claim almost all of the most meaningful parts of high-level defence decision-making.
HOWEVER, the above DExEU paper gives the EU the means to lock the UK into these structures because it hands them the chains and gear wheels that join UK defence as a responsive component to the defence policy power levers of the EU ‘whole’. Note that these mechanics and structures also have expansive and integrative attributes of their own.
It is simply a disaster for the UK. It is hard to see why Brexit-committed ministers are letting it happen except that they don’t understand the moving parts.
Below is a snapshot of the moving parts with a brief description of what each acronym does:
The EDF (budget), EDIDP (defence industrial policy), the MPCC (military command in emergencies, mutual defence and foreign missions), IntCEN (intelligence), the CFM (more budget), the EDA (defence industrial inegration) and CARD (budget integration). These are expanded below.
Remember, these have either been created  in the last 18 months or bolstered beyond recognition in that time, with UK ministers’ permission and  even participation. The DExEU Technical Note keeps the UK in ALL of these.
Ministers, who normally appear to be Brexiters, must have bought into their officials’ patter about showing willingness to the EU as a future close partner. What we describe below, however, is how these structures and every single part of DExEU’s technical note actually mirror the EU’s third country eligibility criteria for the European Defence Union.
At this point let’s be clear what the landscape of EU defence actually is. Many well-known names on the defence commentators’ circuit – virtually all of them in fact – are utterly and embarrassingly clueless about the defence powergrab that the EU has perpetrated in the last 18 months. In that time, the EU Commission has steered democratically elected leaders into accepting the dizzying array of its complex plans. If they are not understand by UK Parliamentarians and officials, which we know they are not, what chance do smaller nation states have of perceiving the risk to their democratic process? The defence commentators we mention sometimes pipe up and question our research and it very quickly becomes apparent that they’ve taken absolutely no notice of what’s been happening at the EU Council but taking lots of time understanding the latest contracts for weapons attachments to the next generation of armoured fighting vehicle. They are in a different locus. We don’t blame them for that, but for goodness sake they need to educate themselves on the EU Defence subject before mouthing off.
Staying in this vast array of new EU Defence agreements does not mean remaining in a mutualistic club for defence or industry. It is more akin to being in a protectorate or vassal status militarily and industrially. Decisions, budgets, functions, underlying policies and intelligence would all be increasingly centralised or joint enterprises in the EU Defence context, not to mention diplomatic-military interface and hardware research, development and usage of join-made equipment. The UK will have gone further into the defence parts of the European Union project and left everything else. Here are the key dangers in the DExEU Technical Note sneaked out on Thursday:

The above concepts, masquerading as ‘DExEU ideas’ are simultaneously the EXACT set of requirements the EU expects of countries entering ‘third-country status’ in defence. Whitehall officials are taking us all for idiots in this respect, not just the ministers at DExEU.

The language of the Technical Note even uses the exact same phraseology issued by the EU Commission and their Taskforce 50 negotiating team. Just think about that for a moment – in a crucial part of the negotiations which the average British voter would imagine to be off limits from EU involvement, the officials we pay are taking cues from their counterparts at the negotiating table. It’s like a court case where your solicitors are taking instruction from your opponent.

The only parts of third-country status which are not mentioned directly in the DExEU Technical Note on External Security are financial contributions and the EU Battlegroups. This is surely yet to come in the next ‘installment’ to which the DExEU authors in the above concept of ‘Institutional Arrangements will come later’.
However, there are already allusions to these missing parts. Budgets and contributions are mentioned regularly in the technical paper and the EU in any case does not permit third countries to avoid financial contributions for programmes which fall under EU authority. The resulting financial contributions would be held and allocated under the authority of the EU Commission, EU Council and European Defence Agency as seen in the case of Norway, the current closest third country.
Anyone who wishes to see where this intentional Whitehall-made car-crash is headed need only look at how much decision-making Norway has given away via CSDP, defence directives, payments, Battlegroups, the EDA and all the attached rules, polices and benchmarks that those five commitments entail.
ENDS
Reference – The DExEU paper released on Thursday:
https://www.gov.uk/government/publications/technical-note-on-consultation-and-cooperation-on-external-security
Glossary of acronyms:
DExEU Department for Exiting the EU
EDF European Defence Fund
EDIDP European Defence Industrial Development Programme
MPCC Military Planning and Conduct Capability
IntCEN EU Intelligence and Situation Centre
CFM Cooperative Financial Mechanism
EDA European Defence Agency
CARD Coordinated Annual Review on Defence
CSDP Common Security and Defence Policy
CDP Capability Development Plan
PESCO Permanent Structured Cooperation 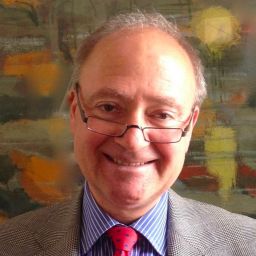