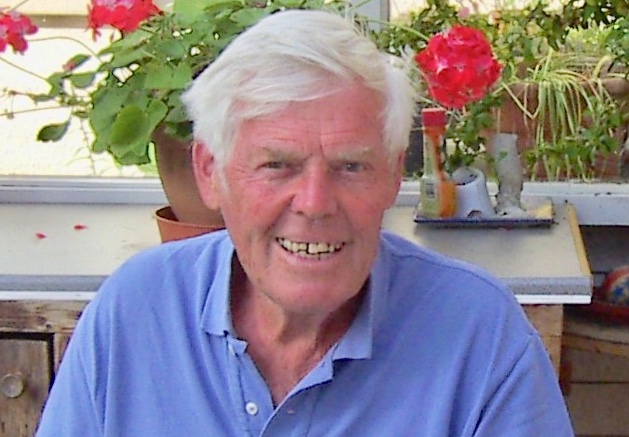 Former soldier and diplomat Adrian Hill continues his series on the diplomatic and defence environment of the UK’s departure from the EU.

I was released from the colours in October 1962 after serving as an officer in the Royal Engineers. That summer I did three things that kept me in touch with our Armed Forces for the rest of my life – I joined the British Parachute Club which pioneered sport parachuting in Britain, I joined the Royal United Services Institute and I applied to join the Civil Service – the last one put me in the Commonwealth Relations Office where the Head of the Defence Department was retired sapper general, George Price.

After fifty-six years of membership I have reasonably good perspective. Over the last ten or so years, for my taste, as an institution the RUSI has strayed off course and made itself an academic forum rather than a club for spawning imaginative ideas where young officers’ voices are heard alongside their seniors – as intended by its founder in 1831. Twenty-six years later the Duke of Wellington founded another club with exactly the same purpose, the old St James’s Club for diplomats. One suspects that it was never Wellington’s ambition that either one should become a mouth piece for anyone’s establishment.

Yet according to the list on the website just one organisation supports the RUSI with over a million pounds a year, dwarfing all other donors and most of them by many fold: the European Union Commission provides at least a quarter of the institute’s income but as we don’t know how much over a million pounds, this share could be larger, possibly much larger. Suspicions of bias become almost inevitable.

Nowadays with much smaller armed forces and modern law and order challenges, the institute has to explore a wider world. Generating income also becomes harder when you no longer have a large number of young officers as your pool of potential members. One must throw the net much wider for sources of money, otherwise inevitably the donor who pays the most, soon will call the tune and even if they don’t, no-one will believe a word.

There is nothing fundamentally wrong with using the RUSI to promote the government’s policy. Sometimes that’s good for the institute such as giving a platform for an American President or another international figure. There are also plenty of times when it’s not a good idea. For a start one questions the wisdom of accepting such a large amount of money from a single foreign donor whose motives are obviously political and may include undermining NATO. Papers about defence that swallow the previous prime minister’s disastrous cuts don’t help a new Secretary of State for Defence when he or she goes into battle with the Treasury for more money. For my taste the RUSI has been rather timid for over a decade about the state of our Armed Forces which are a quarter of the size actually required for our peoples’ safety. The need for the old Institute’s level headed voice is all the more pressing after the recent naval and air operations against the Syrian regime were reviewed at such an abysmal level with that debate in the House of Commons.

Barely a handful of speakers realised the huge risk – even in alliance with the United States – taken when launching air attacks on Russia’s Levant colony. Our sailors and airmen were put at grave risk during the recent Syrian operation. The Royal Navy and Royal Air Force went into action with about a third of the ships, weapons and aircraft they required for the mission. One new Daring class destroyer joined the American task force though fired no strike missiles because the means to do so had never been fitted to save money. Had she been armed with surface to surface missiles, even better rail guns, she could have intimidated the Russian surface ships and probably destroyed all the chemical weapons sites on her own. Rail guns are British technology purchased by the United States and copied by China. What is the point of spending a billion pounds on a superb destroyer then failing to arm her fully?

Our lone submarine relied on the Americans for any kind of surface and air protection. What did the Cabinet think they were going to do if our submarine had been sunk by one of the two Russian Kilo class submarines, according to the media, hunting her under sea? What did the Cabinet think they were going to do if, in self-defence, our Astute class submarine had sunk one or both those hunting Russian submarines? In all-out war you sink both and eliminate the threat altogether. How were they going to protect RAF Akrotiri on Cyprus from air and missile attack, or our infantry battalion who have been likened to tethered goats from the multiple threats they face on the Estonian border with Russia? Rely on the Americans with their hot-line to the Russians? I suspect they had not a clue other than ask for help from the Americans. A few thoughtful Conservative members asked the Prime Minister whether she would spend more on defence. One of these members was rewarded with a teacher’s smile and mini-lecture about how the grown-ups knew there were other aspects of defence that were more important than conventional hardware. Tell that to your American allies, my dear lady, or the Chinese who would laugh in your face. Please don’t insult the intelligence of our Servicemen and women, nor my generation’s. Mike Gapes refused to listen to nonsense from his own party. Like one Labour MP, my childhood started with the London Blitz and progressed through Doodlebugs to V2 rockets. We’d worked out the value of military hardware before we could read. She confirmed my worst fears and as a matter of urgency the national security adviser should either be axed or forthwith, become a job for a minister who has at least served in the Armed Forces.

One wonders what standards of diplomatic input prevail these days. General Nick Carter recently spoke to the Institute drawing from a foreign policy brief which described a Europe that no longer exists. The general didn’t write it, somebody in the FCO did that, but who on earth licensed it for public consumption? The result was rather like those Buzz feed leaks on the economic impact of Brexit – that probably started from calculations made for Project Fear which since have been ridiculed by real life. Readers may find four essays on this website worth a look. They discuss the German Army’s forecast for the European Union – European Union or yet another Empire– compare them with Angela Merkel’s approach to Putin and the current state of the German armed forces. Again, all reported in thorough detail by Der Spiegel. The weekly’s most recent article was published in April and reported on the condition of the German Navy’s submarine service – its title, Ghost Fleet. Many of us have long advocated a British space programme. We did so before this country had a very successful space industry. Let’s hear the RUSI calling on the government to put its money where its mouth is…not promote Galileo…the Germans don’t want Brits cluttering up their lines of command and control. And we don’t want them tinkering with ours.

The RUSI also has been lucky with its staff and this good fortune continues today. If enough income is the problem, why not open membership wider and welcome senior non-commissioned officers? Surely that would throw the net much further in the best direction, restore the armed forces atmosphere and encourage some lively writing for the Journal. Indeed, one ‘suspects’ there are more police officers among the membership these days. Why not more voices from the Law. How many scientists and engineers are there among the membership? How many experts on AI? Let’s launch a recruiting drive – among all sized companies and overseas governments to replace this income from the EU Commission as a matter of urgency. Even better, surpass it handsomely. Fortunately the institute has a very good membership team for this kind of marketing campaign. Just look at the list of smaller sponsors on the website.

Right up to the 1980s of two dozen members on the RUSI Council only eight were civilians and two of them spoke for the universities, the others for their ministries and industry. Today we have the opposite. Barely a handful of former officers are involved with an RUSI Council packed with civilians, many retired from government jobs. They are eminent souls but the name of the institute says all you need to know – The Royal United ServicesInstitute. Sometimes papers issued by the institute read as though written by the Treasury, Cabinet Office, FCO or all three. Therefore, may I also urge that some blue water between the RUSI and ‘Whitehall group think’ would go a long way to liven up an institute now in the capable hands of a lady from America. Let’s hear opinions from serving officers – and why not NCOs as well? When Jenny Shaw commissioned my articles for the Journal years ago – written while serving as a diplomat but about airborne forces, airmobile and armoured warfare, indeed strategy – the FCO tried to block their publication. One article ‘ challenged the concepts on which the 1974/1975 Defence Review had been based.’ Damn’ right! True to the duke’s legacy, Jenny ignored their objections. She had the support of two D Day veterans – General Tony Younger who as a major on the 6 June 1944 commanded 26 Squadron RE with its AVREs for clearing mines and booby traps, filling moats and blasting pill boxes until wounded; Rear-Admiral Teddy Gueritz who as a Commander waded ashore as a beach master and directed the landings under fire for nineteen days until wounded. Tony was the Director of the RUSI and Teddy the Deputy-Director. At the same time Christopher Foxley-Norris, who flew in the Battle of Britain, was not only Vice-President of the RUSI but Chairman of the Battle of Britain Fighter Pilots Association and also President of Leonard Cheshire’s Foundation; they had met at RAF Hullavington when learning to fly. I count myself extremely lucky and honoured to have known all four of them as friends.

The institute must take care to keep on its true compass bearing. Otherwise there is a danger that the RUSI no longer reflects the Duke’s vision. That would mean the loss of a great champion for the men and women of our Armed Services. I am glad that David Petraeus is our Honorary Vice-President – but at times he must feel lonely.

Veterans for Britain Statement on Referendum Campaigning and Reports

As one of the registered campaigns during the 2016 referendum, Veterans for Britain regularly submitted stipulated returns to the Electoral…

In a speech in Berlin today, Michel Barnier (the EU’s Brexit negotiator) for the first time explicitly spells out some…