Rear-Admiral Roger Lane-Nott (retd) of Veterans for Britain argues that the UK needs a new Anti-Submarine Warfare strategy to counter the current and future threat from Russian submarines.

R-Adm Lane-Nott was Flag Officer Submarines from 1993-1996 and captain of HMS Splendid during the Falklands War. He is a board member of Veterans for Britain. In this article, he also examines the state of the submarine flotilla and how force levels must match threats:

At a meeting of the Commons Defence Select Committee at the end of 2017 there were some strong words from General Sir Richard Barrons who made the accusation that a lack of money and policy of denial have left the Armed Forces not fit for purpose and at risk of “institutional failure.” At the same meeting, the former First Sea Lord Admiral Sir George Zambellas stated that “the country’s ability to hunt Russian submarines was inadequate.” That is an understatement.

The Submarine Flotilla is in a difficult place at the moment. The Flotilla moved everyone to Faslane but kept the Submarine School at HMS Raleigh in Cornwall (strange planning that). The four Vanguard submarines have been joined by the SSNs from Devonport and the Flotilla HQ moved from Northwood now under Rear Admiral Submarines – why did we change from Flag Officer Submarines? West Dunbartonshire and the SNP are very hostile to the Navy and the Leader of the Opposition wants to scrap Trident while supporting it is still Labour party policy. We are struggling with the rump (3) of the Trafalgar class and insufficient Astute class (just 3 operational). Now we have the scandal of the Captain and Executive Officer of HMS Vigilant being relieved due to inappropriate behaviour involving female crew members. Recruitment is poor and the challenge of recruiting and training nuclear engineer officers is still proving difficult.

Veteran submariners are dismayed at the current state of the Flotilla and what is a proud history. This year in June nearly all the living Submarine Qualified Commanding Officers got together to celebrate 100 years of the Perisher and there was considerable chatter about the current state of the Flotilla and Government commitment to it. This is supposed to be the ‘Year of the Royal Navy’ but apart from HMS Queen Elizabeth, I can’t see it. Of course, there is jam tomorrow in the form of the four Dreadnought Trident submarines with a £31bn budget with £10bn contingency fund to build the successor submarines to the Vanguard class. This is good news, but the building rate of the Astute class is dreadfully slow and seven is just not enough. We need twelve at least and quickly but where is the political will?

While numbers and capability has been reduced to dangerous levels recruiting is a big challenge and the cuts of 2010 have left their mark. The strength of the Royal Navy in September 2017 was 22,470 plus 6,620 Royal Marines – a total of 29,420.

The submarine service in September 2017 had 840 officers and 3170 ratings making a total of 4,010. This is depressingly small. Despite these figures, submariners remain as stoical as ever. Jerry Hendrix in the National Review stated in May 2017 that “The Russian Bear has emerged from a long hibernation to threaten American and NATO interests with highly capable submarines in the Atlantic and Mediterranean. But neither the United States nor its allies are prepared to meet the Kremlin’s challenge.” And he argued that NATO had to strengthen its ASW equipment, skills, sensors and platforms.

The Anti-Submarine Warfare [ASW] capability of the Royal Navy and the Royal Air Force is at an all-time low. Just 20 years ago we were the best in the world and admired by NATO nations, the USA and the Russians. What has happened is a loss of assets and a complete failure by Government and the Ministry of Defence to realise the importance of this defence capability.

ASW is not just a legacy of the Cold War when submarine, towed array frigates with helicopters and maritime air all ensured that Russian submarines never got the upper hand. In 1993 as Chief of Staff to Flag Officer Submarines I visited Severomorsk and met with the Commander of the Northern Fleet who admitted to me that the Royal Navy’s ASW capability was much better and a real challenge for them.

Some would say that the submarine threat has reduced significantly since the end of the Cold War but today Russia is expanding its submarine force again and is choosing to test our resolve by deploying into the Atlantic, and further afield together with Russian Bear MPAs and threatening our shores and making efforts to track our Trident submarines as they leave their Faslane base.

Despite protests from Governments and NATO the chilling fact is that the organisations, relationships, intelligence, and capabilities that once supported a strong ASW network in the North Atlantic no longer exist. NATO, and the UK, are in a bad place with regard to Russia’s underwater resurgence. “Two things have happened” naval historian Norman Polmar has said. “One, their submarines are quieter, and two, we have dismantled a large portion of our ASW capabilities.” Developing an effective ASW capability requires the marrying of several layers of capability. Each layer has a particular function, contributing to the overall effectiveness of the UK’s ASW performance. And this includes systems and skills.

We have lost the Nimrod MPA which was so good, SOSUS has gone, Towed array frigates like the Batch 2 Type 22 have been sold for small sums to other nations. The air gap is filled at the tactical level by the Royal Navy’s Merlin HM1 ASW helicopter and its AQS-950 dipping sonar. Required to prosecute a submerged target quickly, Merlin operates from its host platform, a Type 23 frigate. The Royal Navy will have 30 Merlins, scheduled to stay in service until 2029. What is far from clear is if and for how long these numbers can survive sustained spending cuts.

Nine new Boeing P-8 Poseidon MPA have been ordered but they are not due until 2020 and they are not enough. Seven planned Astute Class SSNs is just so far off the force levels required that it will be difficult to deploy as we used to between 1970 and 2000. It is simply not enough if it is to be deployed East of Suez and be Tomahawk capable. The Type 26 frigate, the UK’s indigenous variant of the Global Combat Ship concept, will replace the Type 23s as a multi-purpose but primarily ASW platform.

The submarine threat is a significant national security issue, not just a Cold War hangover. The UK remains committed to a minimum independent strategic nuclear deterrent. Whether it is a Russian Akula or another nation’s submarine showing an interest, the single SSN supporting the deterrent is a critical strategic asset. And so is the MPA.

But an effective ASW capability is not just about protecting the deterrent. The oceans remain largely impermeable, where the simple – confirmed or otherwise – presence of a submarine can deny the use of a geographical area (as the Argentinians found out in 1982) because the risk of operating a strategic asset there is too great. Many nations are now investing in submarine capabilities. And these could pose a threat to commercial shipping transiting key maritime choke points around the world, or sea-based logistics chains supporting operations such as in Afghanistan – which a submarine is well placed to expose and exploit.

Apart from spending money on kit we can do more. First write a new UK ASW strategy that considers the Russian submarine threat and capability now and potential for the future. And then plan force levels to match the threat. Secondly, create a new ASW “Centre of Excellence” that can bring NATO’s navies together to create common NATO anti-submarine warfare tactics. And thirdly, technological readiness setting up a NATO standard for encrypted transmission of ASW sensor data.

So, it is high time to take a serious look at the SSN numbers and the UK’s ASW capability and invest heavily in those layers of capability – MPA, Towed array frigates, ASW helicopters, and above all more SSNs. It would be nothing short of dereliction of duty not to do so. 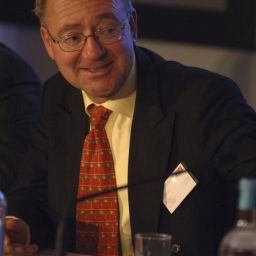 Letter to The Times Changed Beyond Recognition