We were asked a very good question comparing Australian and British trade outreach. The answer reveals startling differences between what Australia can do and what the UK can’t do while stuck in the EU or if we were stuck in Theresa May’s version of Brexit. It has particular relevance to UK shipbuilding which is suffering the effects of the EU’s defence procurement directive and as a result has lost its exclusive access to UK MOD contracts, except in rare cases.

The question:
‘Australia has ‘trade and defence’ offices around the world promoting Australian industry and encouraging defence links. Could the UK do something similar?’

This is a really good point and a big deal for the UK’s defence relationships and British industry.
Under EU rules, it would be illegal for the UK Government to fund a scheme directly calling on anyone to ‘buy British’ in the way that these Australian trade missions are able to do. The EU would claim this was an Article 34 infringement by HM Government which distorted the Single Market and gave UK companies an advantage over ‘other EU’, therefore it is banned.
Even trade associations and eg an ‘apple growers development council’ would be bound by the same rule. The apple growers’ council is only allowed to say that its apples have unique qualities but may not say that British apples are inherently better. The Government must also comply with these rules.
The Australian Government can be far more overt about its specific support for national industry as they are an independent country not bound by EU rules.

Outside of EU rules, the UK Government could go on a trade offensive and would be allowed to say ‘Buy British’ like they used to. The most they can say at present is the lame ‘Innovation is Great (Britain)’ style of message, as shown in the picture.

This EU-mandated imposition has profound effects for British shipbuilding, particularly defence shipbuilding, which is already being hammered by EU competition rules.

Outside the EU, the UK Government could promote the quality of British shipbuilding as part of foreign trade talks, helping to bring much-needed orders from overseas. You would think that trade unions would support this kind of measure, but they don’t – they are ideologically wedded to the EU rules which are causing their workers such a problem.

Unfortunately, Theresa May’s idea of Brexit would keep the UK in the EU’s defence industry rules and her eagerness for ‘a customs union’ would keep us in the EU’s trade policy restrictions. 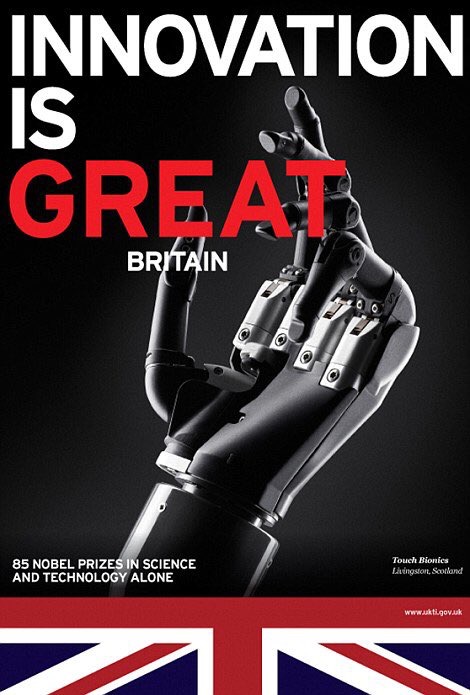