We received these very pertinent questions from a supporter. Explaining them will help people to understand how the Government’s defence commitments in the Political Declaration work. 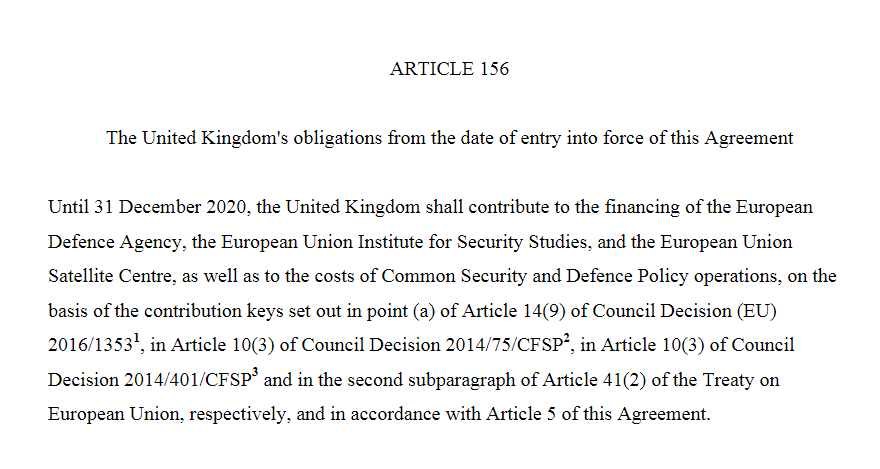 As a layman, this implies to me that we are out of the European Defence Agency from 1st January 2021. Privately I’m thinking that this isn’t great, but if we are really out by 2021, maybe it is not the end of the world.

However, in the Veterans for Britain speech there is reference to the non-binding, as I understand it, Political Declaration where paragraph 104 [a] implies we are involved with future EDA projects. Not good. 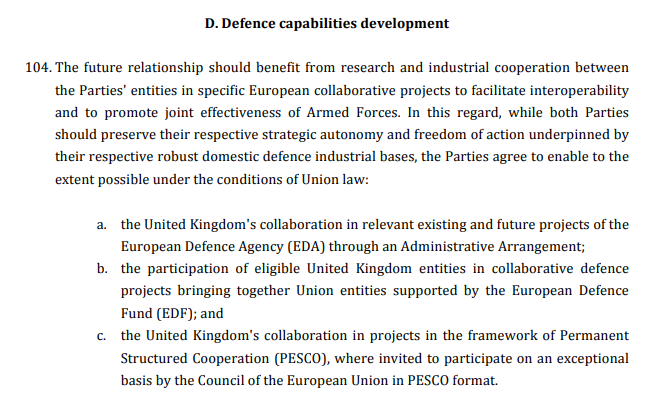 Are you saying that:

1. 104[a] of the Political Declaration is May’s unilateral intention to keep us locked into the EDA?
2. If the WA got signed, the PD would also be automatically adopted?

Regards
These are very salient questions which we can answer with these details:
The Withdrawal Agreement refers only to the terms of exit and the transition terms rather than the defence components of the future relationship. The excerpt above refers to the financial contributions to parts of the EU’s defence architecture during this period. The UK’s financial contribution to these (and our membership of them) would be replaced with agreements outlined in 104a of the Political Declaration.
Therefore, the WA describes these payments coming to an end at the end of transition when in fact the transition-period agreements under the PD would mandate a new agreement over their continuation. Ministers can get away with not admitting this directly as the EU’s expectations as a result of the UK’s 104a commitments are so poorly understood.
That brings us to the question of whether these PD commitments would be ‘automatically adopted’ or are binding.
They are made functionally binding by the presence of the backstop in the WA, which *is* legally-binding and that’s all the EU needs.
HM Govt is so desperate to avoid the backstop that they will be obliged fulfil PD commitments as a minimum in order to prevent the EU triggering it.
This is widely misunderstood by MPs. The WA’s backstop is a proverbial ‘Sword of Damocles’ hanging over every PD commitment the UK has made.
The sword will drop as soon as any of the commitments are breached.