The Battle over Procurement: Brexit and the New Risks from Defence Integration 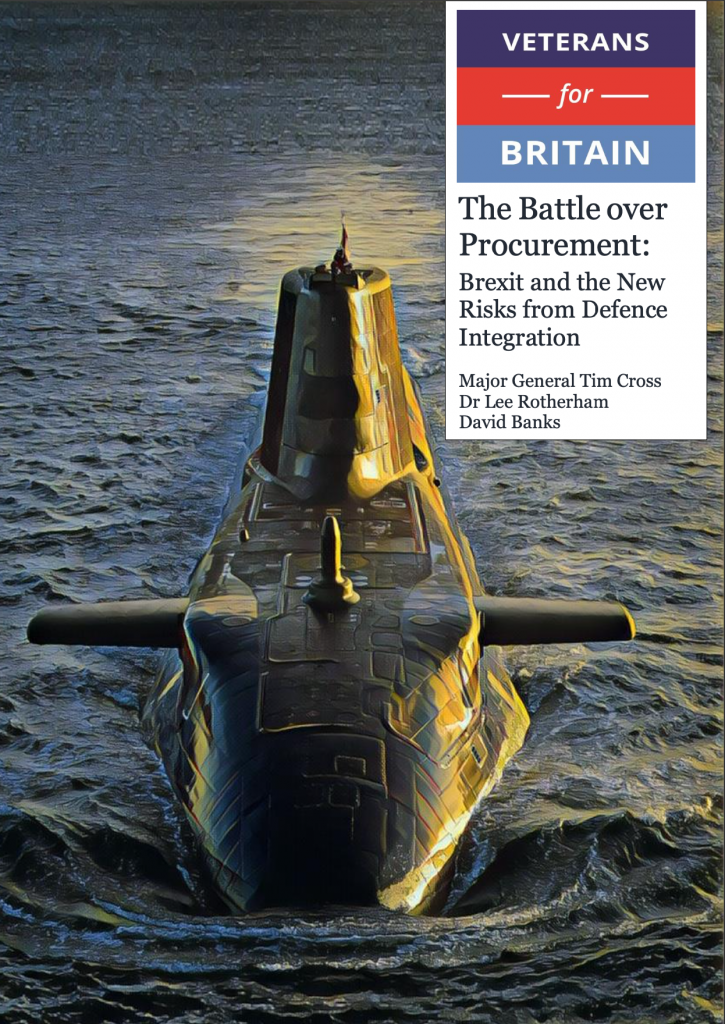 ▪  EU Defence integration is accelerating during the process of Brexit. The Government’s current withdrawal proposals actually cement UK involvement, despite consent having been provided on the basis that the UK was leaving.

▪  NATO now faces a threat of the EU developing a fully separate military identity and doctrine, coupled with a dangerous ambition, but with less effective resources.

▪  Defence procurement integration is closely and directly associated to the generation of Common EU Defence policy, structures and budgets. A real danger exists that the MoD signs up to technical and industrial cooperation without fully appreciating the long-term ambitions, direction of travel, and consequences.

▪  There is considerable track record of the MoD and the FCO making this mistake since 1998.

▪  This paper focuses on procurement within this wider context. It demonstrates that there is a risk that the MoD gradually affiliates to a Single Market in Defence by the back door. This carries considerable political, economic and even social baggage.

▪  Core to the process of EU Permanent Structured Cooperation (PESCO) is a central strategic role for the European Defence Agency. This expands on its original role as a procurement hub, but which has already been widening over the last few years.

▪  The UK should aim to have a minimalist structural level of engagement with EU Defence after Brexit. This should include observers in the European Defence Agency to identify cooperative work of some mutual interest – which can then be better pursued multilaterally.

▪  Helpfully, Item 18 of Annex II of the Council of Ministers agreement establishing PESCO names the multinational non-EU body OCCAR as “the preferred collaborative programme managing organization.” This direction needs to be locked in.

▪  The UK should apply the British Army’s Principles of Logistics – Foresight, Economy, Simplicity, Co-operation and Flexibility. These reveal that UK engagement with future European procurement programmes must be entered into on a case-by- case basis; and we must not find ourselves tied into recent developments by default, wishful thinking or ignorance of what is happening.

▪  The UK’s position and options would be enhanced by leaving the EU Defence Procurement Directive and stepping into World Trade rules which offer a broad defence exemption under government procurement rules.

▪  EU Defence Procurement is currently a potential weak point in UK Brexit planning. But it is readily redeemable.

The European Union is currently undergoing a period of accelerated integration in the field of defence. This is not only a fast-paced development, but a wide-ranging one. But of the many pillars in the field that are being built up, two in particular are of critical importance. The first is known by its acronym PESCO, and encompasses the construction of structures that will run permanent and enhanced defence cooperation. The second is an entirely different area, that of integration in the area of defence industries.

Both have consequences for the UK. PESCO generates a considerable threat of duplication of NATO and indeed of undermining it over the long term. It is precisely in defence terms precisely what Adenauer reportedly offered to the French government after the Suez crisis when he said “Europe will be your revenge.” This is by and large an overt threat. The UK has, however, seemingly been reluctant to mitigate that threat by stalling development other than to seek to include wording (of uncertain lasting force) that the purpose of PESCO is not to undermine NATO but to cooperate with it.