John Hughes-Wilson: The Strange Puzzle of The Dog that Isn’t Barking 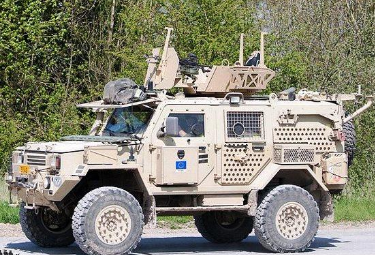 The British have never understood Europe.

After the defeat of Napoleon in 1815 the definition at the Treaty of Vienna still holds good: “a European is someone who understands what it is like to have his country occupied by foreigners.”  By this definition Britons can never be considered true Europeans, unless we go back to 1066. Britain has always been different.

For the island people, Europe as one big, single continent has always been a threatening concept.

But not to continental Europeans. To Jean-Claude Jȕncker, the disgraced Prime Minister of Luxembourg, now the unelected President of the European Commission, a United States of Europe is precisely what he wants. Like Napoleon, he dreams of a single Europe, with centralised control. He has the symbols already: a flag, an anthem, a single currency, a worldwide diplomatic network, and agencies that control every facet of our life, from the arbitrary arrest of Britons under a ‘European Arrest Warrant’ to be thrown into a Greek jail, to what kind of electric light bulbs the citizens of Inverness are permitted to buy.

But something very strange is occurring: the normally voluble European Commission in Brussels appears to have been suddenly struck dumb. In Conan Doyle’s ‘Silver Blaze’, Sherlock Holmes observed on the curious fact of the dog that didn’t bark in the night. That observation suddenly holds good for the European Commission. They are keeping suspiciously quiet about a lot of things. The question therefore must be, why?

The EU has temporarily shelved 43 (yes, 43) major pieces of legislation until after the Brexit polls. Why? Because they know that what they are proposing is explosive and would greatly increase the British ‘Leave’ vote.  Compulsory EU ID cards, EU taxes, border controls, a European Federal police force (with an office in London) an EU army, banning many electric goods, etc, are all on hold until Britain’s  inconvenient democratic pantomime is over. All are in the pipeline.  The simple reason is that Brussels doesn’t want us to find out bad news until it’s too late.

One good example is the potential collapse of Deutsche Bank and its mortal threat to the Eurozone. Remember back in February when all the financial newspapers were worrying about the global repercussions of a failure that would be “three times bigger than Lehman Brothers?” When many were foretelling it would mean the break-up of the Eurozone, with who-knows-what implications for the EU?

And now – silence: despite the fact that Moody’s has once again downgraded the huge German bank’s bonds, and hedge funds are warning their investors to ditch Deutsche Bank stock, fast. A second example is the Commission’s surprise hand-out last week of 10.3Bn Euros, which the banksters of the EU suddenly discovered down the back of the sofa, to prevent Greece really going bankrupt.  How come, in contrast to their blood-curdling threats of only three months ago?

So, what’s really happening in the EU and the Eurozone? If some disaster is pending, shouldn’t we know? We need to know the extent of risk from the EU before it’s too late. No-one wants to be shackled to a corpse.

The truth is that Brussels knows only too well that, to quote Professor Anand Menon, Chair of EU Politics at King’s College, London, “the British referendum to leave is the test laboratory for other referendums in the EU.” The European elite are terrified that if Britain votes to leave the EU on 23rd June, that will open the floodgates for other dissenting EU states to unravel the whole undemocratic construct that is the EU.

Perhaps the biggest and worst kept secret of Brussels’ latest legislative plans (in the EU, the elected Parliament is forbidden from proposing new laws; the privilege of law-making is reserved solely for unelected Commissioners) is the plan for a European Army. This is not new. Back in 2011, the proposal was vetoed by Britain.

Now the idea is back with a vengeance. Tucked away between the ‘Labour Mobility Package’ and the ‘Space Strategy for Europe’ is the Commission’s ‘European Defence Action Plan.’  Drawn up behind closed doors over the past 18 months by Federica Mogherini, the EU’s Head of Foreign Policy, a secret defence document, a ‘Global Strategy on Foreign and Security Policy’ paper calls for the formation of European military forces.  It stresses that “security and defence is where a step change is most urgent for the Union.” This is the Commission’s “number one priority” after the immigration crisis.

The ambitious Jȕncker has been advocating an EU Army for some time. He told the Welt am Sonntag newspaper, “Such an army would also help us to form common foreign and security policies and allow Europe to take on responsibility in the world.”

He added that a EU army could serve as a deterrent and “would have been useful during the Ukraine crisis . . . A common European army would convey a clear message to Russia that we are serious about defending our European values.”

In this he is enthusiastically supported by many German leaders and several other countries. German Defence Minister Ursula von der Leyen welcomed Jȕncker’s proposal. “Our future as Europeans will at some point need a European army” she told German radio recently.

This is political dynamite.  So, in an effort to avoid derailing the British Prime Minister’s ‘Remain’ campaign, the Commission’s plans are not being circulated to national governments until the day after Britons vote. Until then, they are being kept firmly under wraps. Only a restricted group of EU political and security committee ambassadors have been allowed to read the new proposals on European defence; and they have been searched to ensure that they leave any electronic devices outside a sealed room. Only hand-written notes are permitted. Discussion of the plan by European leaders is scheduled for 28 June – after the Brexit vote.

There have been leaks, however. Some are good investigative  journalism; some are just hilarious, such as the Commission’s denial of the existence of any EU army units on the very day that one of the EU’s Battle Groups (“to support the UN”) was recently photographed exercising on Salisbury Plain.

The danger to national sovereignty is that for many politicians, pooling defence resources is a mouth-watering prospect – they can axe defence budgets dramatically, with their duplication of national capabilities, organisations and – of course – expenditure.  Under the guise of ‘EU burden sharing’ politicians can cut their armed forces even more and instead use taxpayers’ money to buy more votes from welfare. Even NATO has toyed with the idea of national specialisations, with the Belgians only doing mine clearance and the Germans providing most of the tanks. And for the Americans, getting Europe to defend itself and stop sheltering under the US nuclear umbrella is a wonderful excuse for Obama to redeploy to deal with China and the Pacific rim.

But letting NATO wither away, to be replaced by some vague and untried pan-European armed force of Heinz 57 varieties, is a step too far for serious defence planners. The potential problems far outweigh any supposed benefits. For once, Paris and Whitehall agree. The problem is that Berlin would love to control and dominate any Euro-Army, and is already quietly merging its army and navy with the Netherlands.

PM Cameron claims that Britain has an absolute veto over any ‘Euro-Army.’ (Ironically, Brexit would remove that.) But the ultimate implications of the EU’s Faustian pact, whereby Europeans gave up their democratic rights in return for prosperity, are becoming ever more clear.  A European army is on the way. It is a potentially explosive issue, politically and militarily: because the real danger is that one day British soldiers could be ordered by Brussels to fight someone else’s battles – whether Britons like it or not.