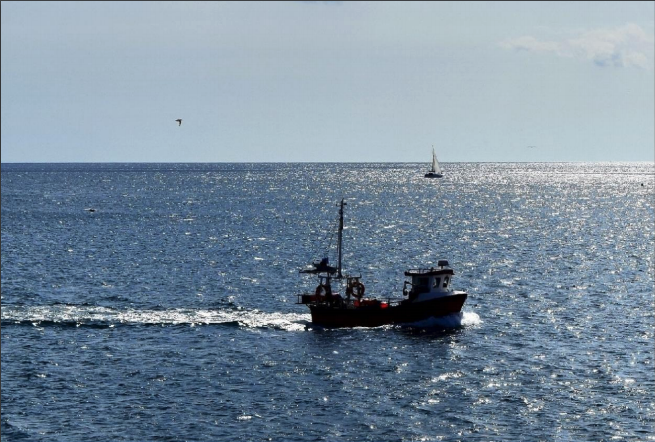 The United Kingdom is a maritime nation. More precisely, it is a nation of islands, for whom the sea has been both a highway and a moat. Its international trade is dependent upon the sea. That applies as much for trade with its continental near-neighbours (including the Republic of Ireland for much of the traffic) as it does for its global exports. Indeed, it has centuries of tradition as a maritime trading nation, from pre-Roman times through the wool staples down to the heyday of the recent modern era. The nation’s merchant fleet kept the import-dependent population fed during two world wars. It also played a critical role in maintaining the war effort over ten years of total war in the twentieth century. Our ability to trade globally will be an important feature of a measure of realigning of the UK economy over the coming decades if we are to take advantage of global opportunities in an increasingly free trade world environment. The ability for the United Kingdom to project itself in defence of its commercial interests has long been a concern of policy makers. It justified the existence of a Royal Navy, even when Parliament objected to the costs and threat of having a standing army (which is why we have regal prefix to one element of our old armed forces and not the other). Our warships continue today the tradition of guarding the freedom of the seas for commerce, whether passing through the Malacca straits, the seaways off Somalia, or the passage of the straits of Hormuz. This paper, however, will focus on a particular aspect of our maritime relationship and our commercial interests that lie much closer to our shores. The primary purpose of the navy is, though this is not always admitted, the defence of the Home Waters. Fail, and the results can be catastrophic; succeed, and you mitigate other risks. British history is littered with evidence for both: the failure by the Roman usurper Allectus to intercept the invading fleet of his counterparts; the role of King Alfred’s navy; the events that unfurled in 1066; the temporary loss of the Channel at various early points in the Hundred Years War (the Mayor of Sandwich still wears black to commemorate a predecessor killed in a French raid); the Armada; the burning of Chatham by the Dutch; the descent of John Paul Jones; and even in the twentieth century the shelling of Scarborough by a German battle fleet. Thankfully the nature of the threat has somewhat changed. But defence of the UK’s interests in its territorial waters will remain. The 2020s will see new challenges and indeed risks associated with that work. The country has important offshore assets in the shape of its fish stocks as well as its rigs. There is the question of policing the coast to prevent illegal landings. The UK also has an important role to play in the security of NATO’s North East flank, a necessity the public is occasionally reminded of by the passage of Russian warships or the incursions of long range bombers. 1 The Senior Service’s Future Navy Vision sets out officially the significance of the Fleet.1 It explains, The Royal Navy will protect Britain’s interests, citizens, territory and trade by being ready to defeat our nation’s enemies with a deployable maritime force; one able to conduct decisive combat operations at sea, from the sea, on land and in the air alongside our sister services. With our allies and partners we will promote international maritime security and deter threats to our peace, prosperity and way of life. The sea is our home, it is our environment. Inevitably though, focus is distracted between the component elements: Warfighting, Maritime Security and International Engagement. Their relevance to the requirements of coastal policing are very mixed, as are the assets needed to fulfil them. So what principles should the UK in planning for its commercial and security priorities work around?