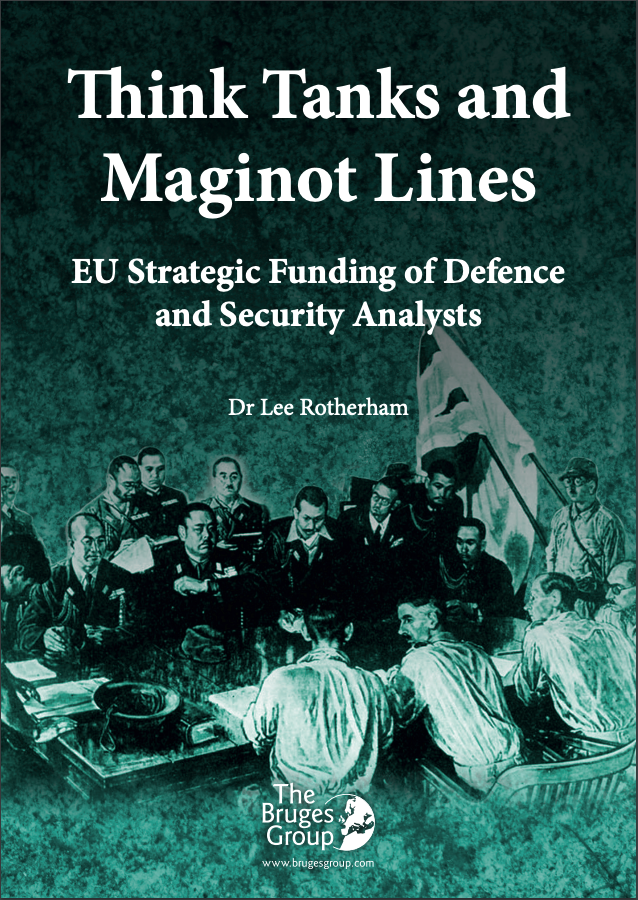 Bruges Group publications are not intended to represent a corporate view of European and international developments. Contributions are chosen on the basis of their intellectual rigour and their ability to open up new avenues for debate.

Dr Lee Rotherham has been engaged in Brexit prep since before it was fashionable. He has been an adviser to three Shadow Foreign Secretaries, to the Conservative delegate to the Convention that drafted the Lisbon Treaty, to MEPs, a delegate to the Council of Europe, and a range of front benchers. During the referendum, he was Director of Special Projects at Vote Leave. He has been very extensively published by many think tanks, writing on issues across the full spectrum of EU policy. Lee fought the 2001 General Election as Conservative Candidate in St Helens South – with its infamous butler – and fought the then Europe Minister in Rotherham in 2005. He has twenty years’ service in the Reserves, including three operational deployments and time spent within Whitehall on Defence and Security work. He is Director of the Brexit think tank The Red Cell, is Executive Director of Veterans for Britain, and Chairman of the project to set up a Museum of Sovereignty. Lee tweets as @DrBrexit

For years, the European Union has run multi-million-pound budgets that have provided direct and indirect support to ‘opinion multipliers’. These include not just award ceremonies for filmmakers, but the provision of educational material for schools and colleges, prizes for journalists, and funding for academics. As the Brexit debate continues over the precise form that the deal should encompass, the legacy effect of these grants (some of which are still in play today, and others which are due to receive funds) needs to be taken into consideration when reflecting on the strategic advice being offered by experts whose views – potentially – may be either directly or indirectly influenced by them. This short paper reflects first on the historic context of these awards as previously demonstrated by audits. The nature of the exact budget streams in some cases has changed over time, but as recent work has demonstrated, the underlying premises driving the funds and projects, and the risks associated with them for the impartiality of potential and past recipients, remain. The primary focus of this review however relates to a sector which has not been subject to significant past analysis. With the sudden development of Permanent European Structured Cooperation (PESCO in matters of Defence, the nature of the UK’s future level of institutional association with the EU on security elements becomes a matter of considerable controversy and concern. Yet while the campaign group Veterans for Britain have been closely following developments and mapped out a large number of areas of concern, experts from key UK security think tanks have not expressed the same level of alert consideration for the political and other dynamic risks associated with this process. The evidence is that potentially damaging features of EU institutional outreach have been operating in relation to certain UK think tanks, just as they have in other fields – and the risk is that years of EU funding and programmes mean that the independence of key ‘establishment’ think tanks is no longer as unambiguous it was, which carries considerable implications of risk for their impartiality over EU policy. This threat will linger after Brexit unless major dynamic changes are made.