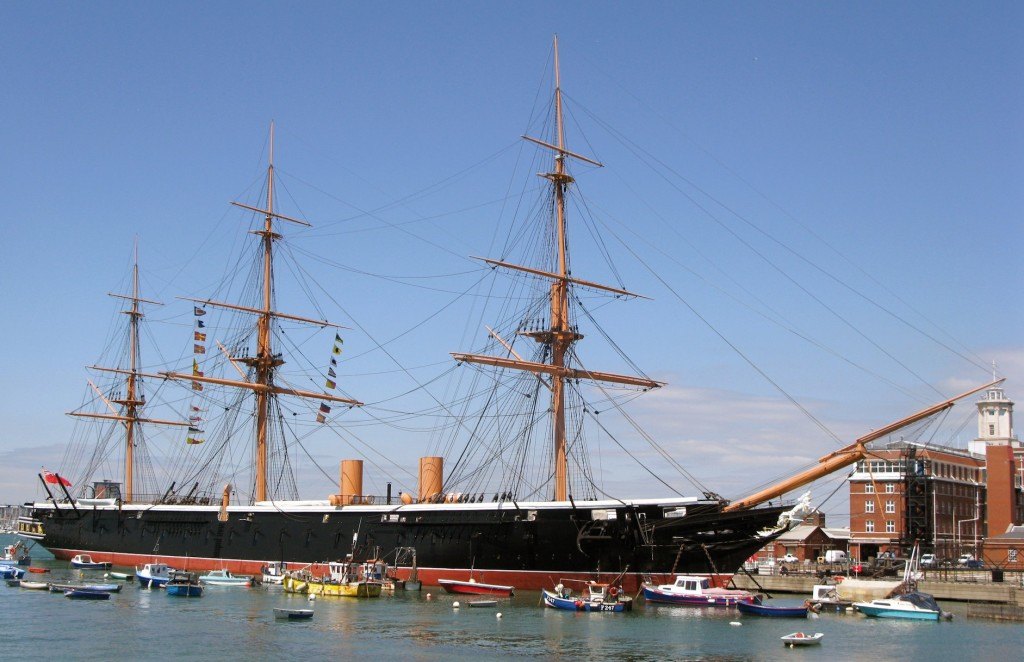 It is a pleasure to be in Portsmouth this morning. The home of the Royal Navy and a proud city with a long history.

Penny Mordaunt said this in the local paper recently “From time to time in our illustrious history we have been called upon to do something extraordinary. Our history shows that we do not take the path of least resistance. We do the bold and challenging thing. We believe in ourselves and our country. We do the right thing.”

During my service I have been involved in 3 major conflicts

I did not do that to have my own and my country’s Freedom challenged.

To do a bit of a Boris, Pericles said

“Freedom is the sure possession of those alone who have the courage to defend it.”

You know many of the arguments for leaving the EU and you will hear more this morning but the ones that resonate most with me are:

But the thing that really irks me most is the plan – and it is a clear plan for an EU Army, Navy and Air Force

NATO is what kept the peace in Europe since WWII, not the EU

The EU has been a consequence, not a cause of European peace.

Yet, ludicrously, the Prime Minister recently tried to assert that leaving the European Union could lead to World War Three. There are many things wrong with this bizarre statement, let alone the distrust the Prime Minister seems to betray for those who are currently our partners as EU member states.

But the important fact is that it is NATO, not the EU that has been the guarantor of peace in Europe for the last half-century.

What prevented tension escalating into war was NATO and I know from personal experience that the Cold War was won by NATO and of course the continued presence of a nuclear deterrent which gave the alliance its ultimate strength.

However, whether the EU and NATO are travelling in the same or divergent directions is the new question we have to ask.

The EU’s insistence on planning its own army, navy and air force poses a distinct danger to European stability if its record is anything to go by, with the EU falling at a number of hurdles in the past when it has tried operations of its own, finally having to give way to NATO to solve the crisis.

This happened in the

Balkans conflicts 1991-2013: When Yugoslavia collapsed, the EU was paralysed by the differing opinions of its members towards the newly-forming states and the outcome was a chaotic and ineffective mess. Serbia was allowed to trample unchecked until NATO stepped in with military force to push Serbian troops back.

Albania 1997: The UN authorised NATO to launch Operation Sunrise which calmed the situation and restored order.

The EU has failed to do this itself and some member states seem to have a policy of inviting more to make the dangerous crossing.

The EU has already distorted and blurred lines in the UK defence context and the chain of command is in question. The aim is to make the UK Armed Forces, Her Majesty’s Armed Forces, so intertwined that they are rendered indistinct from other nations’ militaries despite technically having the same name. The chain of command is shared with the EU already and is transitional – but power is continuing to shift. Our country’s democratic choices on when to deploy our forces, our choice of partnerships, our procurement and operational rules, and the associated budget are now all under the scrutiny of people in the EU Commission and EU Military Staff.

The Defence Secretary Michael Fallon pretends, “We have a veto on all EU Defence matters”. This is completely untrue.

The Lisbon Treaty removed the UK veto over EU Defence policy, with its obscure but deadly provisions for “permanent structured cooperation”. Article 46 of the Treaty on European Union, permits a subgroup to act in the name of the EU in Defence matters. There would be no obligation to participate, but then you have no veto. If you join in, with the intention of exercising a veto, then a majority of the participating states can exclude you from the group, if they think your state “no longer fulfils the criteria”, so you lose the veto.

Reports have revealed how this military mechanism is being secretly prepared for use to launch the EU’s new Global Strategy on Foreign and Security Policy, but only after the referendum. This will set up new European military and operational structures.

The danger here is that motivation behind EU Defence is integration, not Defence, and this challenges the primacy of NATO, which has kept the peace in Europe since the War.

The concept of a unified EU army, navy and air force under one banner is only the end game and will not be finally announced until it’s too late for us to say no. Until then they will carry on doing what they are doing now, that is intensively intertwining our military with those of other EU states.

The EU federalist politicians in the EU and UK have complete liberty to take us 95% of the way towards common Defence without asking us.

We cannot trust Cameron to block moves towards an EU Army/Navy Air Force.

Only NATO has US backing, engages the US in European Defence, leveraging US power to our advantage. Only NATO’s mutual security guarantee matters. When the idea of EU Defence was first expressed at the end of the 1990s, the Clinton administration was horrified. Madeleine Albright raged against the “three Ds”: duplication of NATO assets, decoupling of US and European Defence policy, and discrimination against non-EU members of NATO. All these warnings have proved correct.

A vote to Remain is an implicit agreement to the principle, if not the fact, of an EU Army, Navy and Air Force which is regularly advocated by the EC President Jean-Claude Juncker.

If you are in the Armed Forces you give your allegiance to the Crown. I did that unreservedly and still do.

I just do not believe that any serving or retired UK Armed Forces personnel would accept that and I don’t believe the general public would either!

Undefeated in 400 years the Royal Navy is the most successful fighting force there has ever been. With our colleagues in the Royal Marines, Army and Royal Air Force we have every reason to be proud. All have served this country well.

You tell me which flag you would like to see on Royal Navy ships?

This one – White Ensign – hold up picture of flag

The only way to restore the primacy of NATO, our own security and the continued future of the Armed Forces under UK control is to Vote Leave and I urge you to do so on 23rd June.