The ancient Chinese used a fearsome weapon: the shashoujian, or Assassin’s Mace. You never saw it coming and it killed you stone dead. There is an Assassin’s Mace hidden in Mrs May’s Chequers Plan. Attention is focused on its humiliating economic surrender: rule-takers on trade. As the Attorney-General warns, we risk becoming permanent prisoners. But hidden within Chequers, there is a surrender still more extreme – one that threatens our key defence and security partnerships.

Mrs May offered the EU a ‘tailored partnership’ in defence and security as an inducement for the ‘cherry-picking’ trade arrangements already flatly rejected by the EU at Salzburg. But il n’y a que texte: The EU’s nature is that it can negotiate nothing. Only subordination and integration are on offer. As I explained in an earlier B4B report (‘Escaping from Hotel California’), since it began to build Military EU in earnest in November 2016, the European Defence Action Plan and the Security and Defence Implementation Plan show the EU following its routine practice: like the threads of a spider’s web everything is attached to everything else, all directed at securing ‘ever closer union’.

So, if Mrs May is allowed into the European Defence Fund as she begs, she thereby agrees to subordinate British foreign policy to the EU’s foreign policy objectives, many of which run contrary to our national interests. On the express understanding that the UK would not participate, UK officials waved through all steps to create Military EU at six Council meetings since the Brexit Vote. The Technical Note of 24th May reversed that and (Para 25) expresses intent to adhere using Prerogative Powers after Brexit Day. Prerogative powers because it will then be unambiguously an international treaty agreement; and this is exactly the mechanism of permanent imprisonment in the first circle of Dante’s inferno against which the Attorney General is warning. Officials began driving this process long before Chequers. Were Ministers aware? If so, why did they not tell Parliament? Either way it is a constitutional outrage.

As Sir Richard Dearlove and I have published on Briefings for Brexit, the worst of the serial surrenders of sovereignty within the Chequers Proposals is that they place the autonomy of the Armed Forces in jeopardy. If Chequers were to pass, it would allow the EU to weaken our key security agreement, the Five Eyes Intelligence Alliance between the United Kingdom, the United States, Australia, Canada and New Zealand. Be under no illusion.

Since he took control in a coup d’état last spring, the Secretary-General of the Commission Martin Selmayr has striven to shore up his rapidly crumbling EU. He is intent on discouraging other potential escapees by harming us. So it is futile folly for Mrs May to try to barter our security Crown Jewels in her ‘Chequers’ plan written by civil servants behind the backs of her Ministers David Davis and Steve Baker, who therefore resigned.

Now maybe our diplomats are playing a brilliant bluff to distract Selmayr so that we can walk away into the best outcome of no negotiated ‘deal’ at all? Perhaps dangling our Intelligence primacy that the EU so badly wants to access (along with that £40bn) is just to take their eye off our real goal? Well that depends upon our government and civil servants being sufficiently clever, clear-sighted, ruthless – in the French manner – and patriotic to fight for our national interest as the people directed them in 2016.

Sadly, the evidence says not. Alastair Brockbank, the No 10 defence adviser, was caught on the infamous ‘Kit Kat Tapes’ secretly boasting of plans to hoodwink the leave-voting majority while working with the EU to engineer our subordination. We called this improper in The Times on 17 October. Three former Cabinet Secretaries then threw a generalised protective cloak over Oliver Robbins. But he, Brockbank and now Mark Sedwill have specific questions to answer. Veterans for Britain has just published chapter and verse on these charges.

Recently I briefed key people on Capitol Hill in Washington. They were amazed by what I had to show. They are worried at the threat to US security if the UK cannot be trusted as the other pivot of Five Eyes because we become compromised by EU ambitions for independent intelligence analysis, hostile to the US. Why don’t you just get off your knees and re-join the world, they said. Ask London was all that I could reply. And they will.

Professor Gwythian Prins is Emeritus Research Professor at the LSE and was a member of the Chief of the Defence Staff’s Strategy Advisory Panel 2009-15. He is the Academic Board Member of Veterans for Britain and a member of the Editorial Committee of Briefings for Brexit. 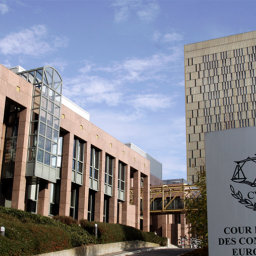 EU Military Has Started and We Must Escape

The whispering game is over. The leaders of ‘Project EU’ are now openly calling for an EU Armed Forces. However,…