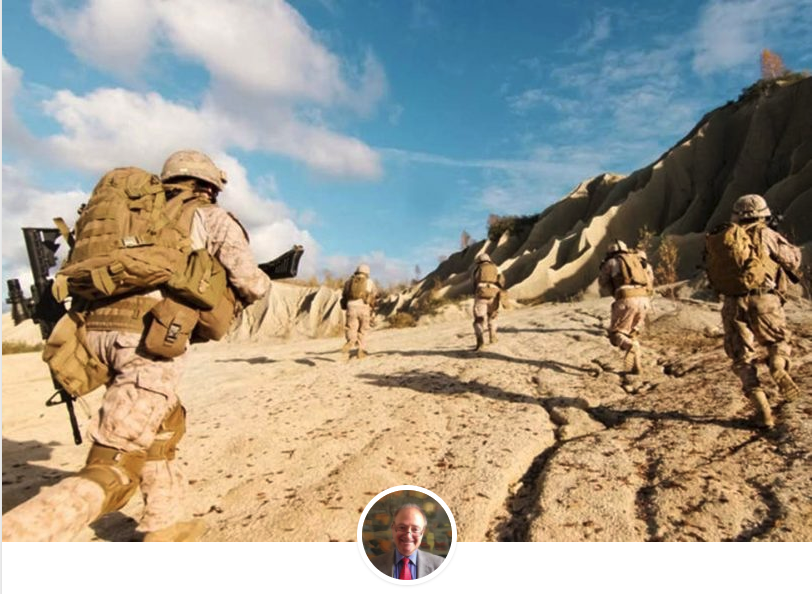 In this article , originally published in the Spectator as a member of Veterans for Britain, Professor Gwythian Prins criticises the recent DEXEU Technical Note on defence collaboration with the EU, which includes ambitions to lock us into subordination with the EU Political and Security Committee and EU Military Committee. “We should have no institutional relationship on Defence and Security with the EU at all”, he writes.

They say that the devil is in the detail – and that is certainly the case with the government’s Brexit plans on defence and security. On 24 May, Gavin Williamson delivered a major speech on defence at the First Sea Lord’s Seapower Conference. It was a good speech, but then, under cover of the positive news coverage which it attracted, the Department for Exiting the EU slipped out a ‘Technical Note’. They must have hoped nobody would notice. Plenty of Brexiteer ministers didn’t seem to spot it, although goodness knows why not. But at Veterans for Britain, we did notice. We are on Red Alert. There are key civil servants and ministers who we do not trust and so we keep them under close observation.

This ‘Technical Note’ spells out the Government’s ambitions for a ‘deep and special partnership’ with the EU in Defence and Security after Brexit. But as I explained in two reports published in May for the ‘Briefings for Brexit’ website, Britain does not need such a relationship with the EU after we leave.

We should have no institutional relationship on Defence and Security with the EU at all. In May, I and the former Chief of MI6 Sir Richard Dearlove co-authored an article for ‘Brexit Central’. The key message was this: ‘No deal is always better that any deal’ in this area (or any area).

But as the Sun revealed – when it published the ‘Kit Kat Tapes’ (so called because they revealed how Whitehall officials were hatching a plan akin to a Kit Kat, with superficially Brexit chocolate covering up the UK’s continued ties to Brussels) – like the Kit Kat tapes, this ‘Technical Note’ is in fact a matter of over-riding national interest.

In the tapes, Alastair Brockbank, the young adviser to the Prime Minister’s Brain on Brexit, Oliver Robbins, revealed more about the government’s plan. ‘What we’re seeking is for that future agreement to come in as soon as possible,’ he says. He then goes on: ‘What will happen is that because we are seeking this future agreement during the IP [Implementation Period], we are negotiating the detail of that at the same time as we are discussing the political high level fluffy bits that will go into any declaration that gets made public.  So there are some kind of handling issues around there..’

‘High level fluffy bits?’ ‘Some kind of handling issues.’ This means hood-winking the public and the ‘Technical Note’ is designed to do just that.  (The full transcript of Brockbank is published as an Appendix to my ‘Hotel California’ article.)

There is indeed a whole pandemonium in there. In Articles 6 and 14 we find ambitions to share intelligence and analysis. That could imperil our real defence alliance through Five Eyes and the USA. As Sir Richard and I warned, this would be a threat to national security. Instead, we should break out of Galileo, in which we are the dominant force, and build our own satellites.

In Article 17 we find ambitions to lock us into subordination with the EU Political and Security Committee and EU Military Committee. Precisely as Brockbank said in the Kit Kat tapes, there, in Article 17 (f), we find the ambition for ‘secondments to the EU Foreign Service’. In 17 (h) (i) ‘UK participation in the EU Operational HQ’. Are Ministers asleep? Or blind? Or just ignorant of the plain fact that any association to one part leads to subordination to EU control in all areas.

It gets worse. Article 18 ‘intends to achieve a bespoke Administrative Arrangement with the European Defence Agency’. It ‘agrees arrangements for participation in the Commission’s European Defence Fund’. To have ‘the option to participate in PESCO as a Third Party’ and access to ‘commercial opportunities’. But we have formally stated we will not be in PESCO. Ministers and civil servants clearly do not understand that ‘Third Party’ participation is structurally prescribed as subordination or nothing. Britain did not vote for a ‘deep and special’ degree of subordination more than any other third party country.

And then we get to the truly devilish part in Article 25. ‘We should not wait where we do not need to. The UK welcomes the agreement that future arrangements on CSFP and CSDP could become effective during the Implementation Period.’  This is precisely what Brockbank said in the Kit Kat Tapes – and it would effectively mean that any time from now, the Government could permanently lock us under EU control in Defence and Security by Prerogative Powers. In effect, it would allow for an administrative coup d’état.

In my ‘Hotel California’ article I warned that civil servants were planning to allow us to check out of the EU, but never actually leave. None of the Technical Note’s plans have ever been submitted for scrutiny and a vote in Parliament. Doesn’t DExEU feel uncomfortable about that? Perhaps they don’t think they have a snowball’s chance in hell of winning support in Parliament or in the country. If so, they should agree to withdraw the September 17 and May 18 DExEU ‘partnership’ papers and this sneaky ‘Technical Note’. Right now.